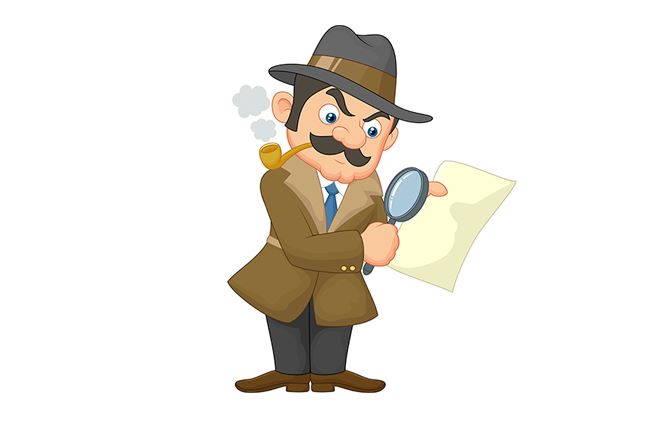 Who killed the solar cover? The Analysis

11 causes of bubble cover disaster and how to avoid them

To get the most from your GeoBubble™ swimming pool cover, it’s important that it’s well taken care of. A properly looked after cover can last more than 6 years*, but these common pitfalls can drastically reduce that. Keep reading to discover the most common pool cover problems and how to dodge them.

*lifespan is dependent on cover type. Please refer to your manufacturer’s warranty

When you shock dose your pool, the free chlorine levels are elevated from the normal 2 to 4ppm (parts per million) to as high as 10ppm, and can reach 30ppm when removing algae blooms. The increase in sanitiser is essential in burning off foreign matter in the pool and allowing the by-products such as chloramines to gas out of the pool – as a result active sanitizer levels in the pool quickly return to balance.

However, if you leave your pool cover on during a shock dosing, the cover is exposed to the intense levels of the oxidant, trapping the by-products under the cover – this reduces the efficiency of the chemical treatment. The problem of chemical degradation can be further exacerbated by high temperatures such as on a hot tub.

It is therefore important to remove the cover when shock dosing the pool or when the pool is out of balance, and only return it to the pool once chlorine levels have stabilised to 2-4 parts per million (ppm).

Noticeable effects of shock-dosing with a cover on:

2. Cover your cover – Overheating on the Reel System

GeoBubble™ Covers are designed to heat the water and insulate your pool to keep the heat in. When left uncovered and exposed on the reel system, this solar heating ability results in a rapid elevation in temperature at the centre of the roll. Tests have found temperatures in excess of 80˚C at the roll’s core.

This can cause bands of poor lay flat to form on the cover when laid across the pool – you’ll see that these bands increase in frequency as they get closer to the reel system, or if the cover has been fan folded, you’ll see these bands on the folding edges.

GeoBubble™ covers are made from Polyethylene (PE), which is a thermoplastic. This means that it becomes malleable as the cover reaches its Vicat softening point (90°C). As your cover then cools, the material sets to the shape of the reel, resulting in the poor lay flat on your pool. In extreme cases covers can even oxidize or weld layers of the cover material together. This issue can be easily avoided by simply covering your covering with a reflective sheeting. This will reflect the sun away from your cover, reducing the solar heating.

3. Help! My cover is shrinking!

Don’t panic! Shrinkage of the cover can happen and is often exaggerated by bubble swell (see point 4).
Shrinkage happens as the cover heats up, and polymer in the material releases stress as it gains molecular mobility.
We help to limit this shrinkage in our GeoBubble™ covers by removing as much of the stress as possible during our production processes, but while we endeavor to prevent as much tension as possible it is not possible to completely eliminate all tensions from the production process.
It has, therefore, become a common part of industry’s best practice to over size the cover by 2% in its length to allow for a small amount of shrinkage as the cover settles on the pool.

4. Why have my bubbles swollen!?

Now this one is rare, but it does happen. Often this gets mistaken for shrinkage, but bubble swell is a separate problem. Although it is not entirely clear what causes this, key factors seem to be atmospheric pressure, pool temperature and chemical levels.
Signs that you have swollen bubbles may include:

5. The top’s coming off my bubbles!

We use the term ‘Top hatting’ to describe when the flat top surface of the cover starts to peel away from the material around the bubble profile.

Top hatting usually occurs as the cover starts to degrade either chemically or from UV as it reaches the end of its lifespan.

However, it can also be caused by overheating. As we mentioned earlier – a cover could reach in excess of 80°C sitting on a reel, which could cause permanent damage to the cover – including top hatting.

We most often see this problem in materials with a dark/opaque top surface, but with a well monitored chemical regime and appropriate storage, this can often be prevented.

The bubbles on the underside of your bubble cover have deflated – but why? This is more commonly seen in round bubble covers (our patented GeoBubble™ covers have been found to be more resilient to damage of this kind).
Bubble collapse is very rare but can be caused by the build-up of Nitrogen trichloride (NCI3) which is one of the chloramines produced by the reaction of Hypochlorous acid (HOCl) and Ammonia (NH3), derivatives in the warm water.

Solution:
The pool chemistry can be returned to balance by removing the cover and performing a break point chlorination or draining a portion of the loaded water with fresh.
Sadly though, once bubble collapse has occurred, the bubbles will never return to their previous state, but actions taken to correct the issue will prevent this happening to a replacement cover.

Bubble pool cover materials are made of two layers – a flat top sheet and bottom sheet that is vacuum formed into the bubble profile. These two layers are laminated together just after the mould forms the bubble, forming a permanent bond between the layers.

Very occasionally these two layers can peel apart. Something we call delamination. This is incredibly rare but when it does happen is most often due to the cover overheating when being stored off the pool. As we’ve already talked about, when folded or left uncovered on a reel system, the material quickly heats up and causes the air within the bubbles to expand and in extremely rare cases this can force the layers of material apart.

Our manufacturer has developed testing practices to ensure the material is securely bonded in order to avoid problems of this kind. Our materials are tested regularly to ensure a permanent and strong lamination.

This is another problem that can be avoided by using a reflective storage sheet. Should delamination occur without indications of improper storage please contact us immediately.

A much more common problem than you might think! Small groups of punctured or torn holes are often caused by birds.
From our experience birds seem very fond of pecking through our test covers. We’re yet to ascertain their motives, but suspect they’re trying to get at the water.
We have found that a few CDs hanging from a string will cause reflections that discourage the birds from lingering around the pools.

Note: No legal action has been taken against the birds family at this point!

9. There’s water in my bubbles! Condensation and water incursion

From time to time it may appear that small droplets of water have appeared within the bubbles. This is simply the result of condensation. This really is no cause for concern and is a natural result of a temperature difference between the pool and the air and will have no detrimental effect to the covers performance or longevity.

The polymer that the cover is manufactured from will resist water ingress, so any bubble that fills with water completely, will be the result of a rupture to the bubble. Usually the most noticeable sign that a bubble or bubbles across the cover have ruptured is the spread of algae or build-up of debris within the bubble.

If you have one or more of these signs, the first step to identify the cause is to look for where the rupture is in the bubble.

Bubble rupturing is often caused when a reel system is set to far back from the pool or the cover is removed by hand –
the underside of the bubble can be easily scuffed, causing a rupture through abrasion on rough surfaces and edges.

10. Splits at the weld edge

A score line appears as a fine spilt next to the weld edge – where two sections of material have been welded together to form a cover – and is caused by damage to the material during welding.
While there are tapes that can bond the materials together. This is not a permanent solution. If this occurs in the early days of the cover’s working life it is better to seek a replacement from the company who supplied the cover to you than attempt a repair.

Lensing can appear in both the top and bubble layer of your cover and will result in a tear shaped deformation in the bubble.
It’s caused by a rupture in one of the material films during production, and can be triggered by a process known as “Gelling” from the polymers or from an unmelted piece of polymer or debris working its way through the production line.